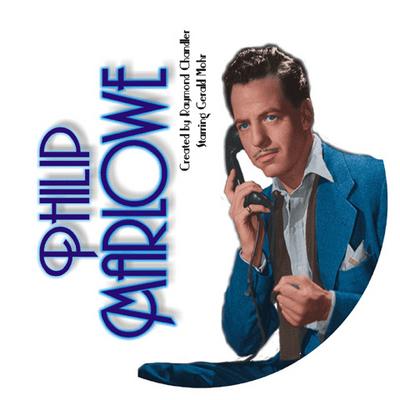 Elements of mystery have always been represented in literature, but the detective story didn't arrive on the scene until the mid 1800's. Edgar Allan Poe's The Murders in the Rue Morgue, published in 1841, was the first. The Murder's main character, C. Auguste Dupin, was a brilliant detective who relied on superior deductive powers to solve the crime. He and his unnamed narrator companion solved this and two other mysteries.

Later in the 19th century Sir Arthur Conan Doyle expanded on Poe's new concept in his Sherlock Holmes stories. Many think that Doyle patterned Holmes and Watson after Dupin and his friend. The Sherlock Holmes stories were wildly popular in England, and after Conan Doyle, the British continued to dominate the detective genre with other detectives who depended on keen observation and deductive logic to solve crimes. These detectives most commonly applied their brilliance to crimes in quaint country houses outside small idyllic villages.

Then, in the 1930's and 1940's American writers added a grittier urban element to the detective genre -- the hardboiled detective. As opposed to the typical British detective, the hardboiled detective was generally a cynical loner with a strong sense of justice that wasn't necessarily limited to that provided by the court system. Instead of country houses, these detectives were more likely to be found in shady all-night bars or on the mean streets of Los Angeles, Chicago, or New York City.

Dashiell Hammett introduced the new genre, and Sam Spade, in 1930 in his novel The Maltese Falcon. A few years later Raymond Chandler came along and perfected the type, with his detective, Philip Marlowe. Chandler introduced Marlowe in his first novel, The Big Sleep, and Philip Marlowe continued to solve crimes in six subsequent Chandler novels. Chandler had previously published a number of short stories featuring other detectives; however, Marlowe proved so popular that when the stories were later republished the author often switched the detectives to Philip Marlowe.

Chandler's style was unique. His sparse style was full of wonderfully sharp similies and rich descriptive narration. Here's an example from The Little Sister:

"I put the duster away folded with the dust in it, leaned back and just sat, not smoking, not even thinking. I was a blank man. I had no face, no meaning, no personality, hardly a name. I didn't want to eat. I didn't even want a drink. I was the page from yesterday's calendar crumpled at the bottom of the waste basket."

And another from The High Window:

"Then he picked the glass up and tasted it and sighed again and shook his head sideways with a half smile; the way a man does when you give him a drink and he needs it very badly and it is just right and the first swallow is like a peek into a cleaner, sunnier, brighter world."

Marlowe was a more complex character than some of his hard boiled brethren. Sure he could handle a gun and take a beating. But, he was more than just a tough guy, he had gone to college, could play chess, and appreciated classical music. He also had his own strong ethical standards and turned down jobs that didn't measure up to those standards.

By the late 1940's Marlowe had moved to the big screen, with Marlowe played by Dick Powell, Robert Mitchum, and Humphrey Bogart. One of those movies, Murder My Sweet, was responsible for Marlowe's first appearance on radio when it was presented on Lux Radio Theatre on June 11, 1945 starring Dick Powell and Clair Trevor.

In April, 1947 the New York Times announced that the summer replacement for Bob Hope would be a new adventure-mystery series, The Adventures of Philip Marlowe. Airing on NBC at 10:00 p.m. on June 17th, the show starred Van Heflin with a script by Milton Geiger based on the stories of Raymond Chandler. Most radio shows had live audiences in the studio. The Philip Marlowe producers decided against the common practice because they thought audiences might detract from the show. However 19 of Los Angeles' top detectives were in the studio during the airing of the first show.

No one knows what the detectives thought of the production, but according to the New York Times review, Van Heflin did well but struggled with an awkward script. The reviewer thought the show depended too much on straight narration at dramatic moments instead of action or dialog. "Leaving ones play in the wings, as they say on Broadway, always makes for disconcerting theatre, and this was painfully true in the case of The Adventures of Philip Marlowe."

Raymond Chandler wasn't enthralled by the show either. In a letter to Erle Stanley Gardner, author of the Perry Mason novels, Mr. Chandler said "It was thoroughly flat."

This initial run of Philip Marlowe went from June 17 to September 19, 1947, with Pepsodent as the sponsor. The announcer was Wendell Niles, music was by Lyn Murray, and the producer was Jim Fonda. After the summer run ended, NBC dropped the show. As far as we know, only four episodes of this series have survived.

The character of Philip Marlowe was too good to stay off stage for long though. A year later CBS decided to take a chance on reviving the show. Norman Macdonnell was producer/director; Gene Levitt, Robert Mitchell, Mel Dinelli, and Kathleen Hite wrote the scripts; and Richard Aurandt was responsible for the music. CBS cast Gerald Mohr to star as Philip Marlowe, with Roy Rowan as announcer. Philip Marlowe, being a loner, was really the only regular character, but throughout the three years the series ran a long string of high-quality supporting Hollywood actors appeared on the show. Performing alongside Mohr at various times were Jeff Corey, Howard McNear, Parley Baer, Lawrence Dobkin, Virginia Gregg, Gloria Blondell, and Lou Krugman. The CBS production ran from September 26, 1948 to September 29, 1950 with an additional short summer run from July 7 to September 15, 1951.

This revival of Philip Marlowe was more favorably received, probably because of a combination of writing and acting. No one could duplicate the writing of Raymond Chandler, but this group of writers was very good. While Chandler's distinctive similes were largely lacking, the strong dry, sarcastic narration was there, and the way Gerald Mohr delivered the lines had a way of making you forget that they weren't written by Chandler. Mr. Mohr seemed born for the part of the cynical detective. His voice and timing were perfect for the character. In a letter to Gene Levitt, one of the show's writers, Raymond Chandler commented that a voice like Gerald Mohr's at least packed personality; a decided an improvement over his opinion of the original show. By 1949 the show had the largest audience in radio.

CBS capitalized on the popularity of Philip Marlowe to introduce a look-alike show a few months later, Yours Truly, Johnny Dollar. During the period both shows were broadcast, Johnny Dollar played second fiddle to the popular Philip Marlowe. Even after Marlowe went off the air in 1951, Dollar remained an average detective show. That was to end Oct 3, 1955 when Yours Truly, Johnny Dollar changed everything; the writers, the format to 15 minutes and the lead actor. The new 15 minute episodes staring Bob Bailey dominated detective/mystery drama from then until its last broadcast, September 30, 1962. That date and that broadcast are generally considered as the last of the radio drama broadcasts.

Philip Marlowe continued to find limited success in the movies and television in America and England after his radio career ended. Several quality presentations of Chandler's character were produced by the BBC in the 1990's. But the death of Chandler's wife pulled him into severe depression and put an end any effective writing. His last unfinished book, Poodle Springs, was finished by Robert B. Parker, a good friend who tried to remain faithful to the Chandler style. Unfortunately, the critics did not agree.

Philip Marlowe, the gritty, no nonsense American detective lived and vanished from the quill of a writer raised in Europe. He will remain a classic buried in the modern world of fighting crime with technology.

From the Old Time Radio Researcher's Group. See "Notes" Section below for more information on the OTRR.

Well, I tried the download again today and I did get some seeders, so thank you very much. I'll seed for the next couple of months to assist
Reviewer: I_h8_screen_names - favoritefavoritefavoritefavoritefavorite - January 25, 2014
Subject: Philip Marlowe Radio Show
This is really a very good show. The writing is good, the actors fit their roles well, and you always want to listen to just one more...